Tricorp looks for room at the inn 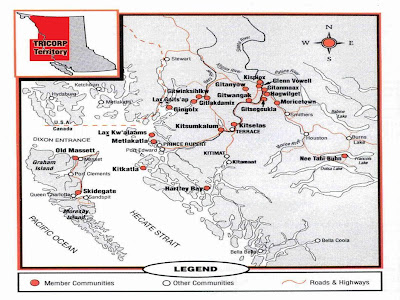 One of Prince Rupert’s hotels may soon find itself the subject of a potential buyout bid, that as the local Aboriginal investment firm Tricorp works out its long range plans for investment in the Prince Rupert area.
With a number of options being considered, including a distinctive 2 million dollar project, the potential financial impact on the city could be impressive.

In an article in Wednesday’s Daily News, Tricorp CFO Peter Lantin explained what the firm was contemplating and how it fits in with their plans to become more involved in the Prince Rupert economy.

The Tribal Resources investment Corporation (Tricorp) is working on a plan to make deeper investments in Prince Rupert.

According to Tricorp CFO Peter Lantin, the wholly Aboriginal owned investment firm wants to go further then it has gone in the past by moving in to bigger capital purchases such as purchasing a local hotel.

“The question we are asking out stakeholders is what would an aboriginal-owned hotel mean to Prince Rupert and the surrounding areas”” wondered Lantin, who added at this point the firm is still in an investigative stage.

As one of 24 aboriginal capital corporations, Tricorp has mainly focused on supplying small business with development lending because of certain legal restrictions holding back other investments.

The Indian Act made it difficult for banks to lend capital to Aboriginal entrepreneurs living on First Nations reserves. And a funding agreement signed by Tricorp with the federal government in the late 1980’s meant their investments had to be focused on first-time First Nations entrepreneurs.

That agreement ended on March 31, 2007, opening a door for new types of investment. Big investment, according to Lantin.

“We are looking at investing in a $2 million project that would be distinctly aboriginal,” said Lantin.

“The hotel idea is really the one discussion that was really intriguing for us.”

Tricorp would fund between $500,000 – to - $1 million in funds but would be looking for shareholders to come up with the rest.

According to Lantin, there is a precedent for this type of Aboriginal investment. He named the Radisson Hotel in Winnipeg, which was purchased by a like organization – the Tribal Councils Investment Group of Manitoba Ltd. – as a good example of what can be done.

“In the last five years the more urban setting have been getting involved with this kind of investment,” he said.

He said he would like to see the investment not double what is already available through First Nation businesses but maybe purchase an older hotel and spruce it up.

Lantin also noted that the company has been working on its plan called the “Gateway Project” that builds a presence in Cow Bay to represent the different Aboriginal shareholders, the Haida, Nisga’a, Tsimshian and the Gitxsan.

The idea was to build a tourism centre – or gateway – in Cow Bay for all the communities.

“Knowing that people coming off cruise ships and that the time is there for potential circle tours to have the presence in Cow Bay to go up the Nass Valley or over to Haida Gwaii.,” he said

As far as what it could mean to First Nations employment in Prince Rupert, Lantin said it wasn’t just about hiring First Nations but that it was implied this would be the route they were going in.
Posted by . at 8:29 pm