How can we miss you, if we never knew you existed? 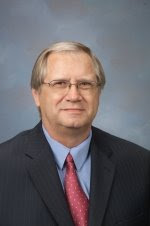 In this ever exciting political season, a segment of the BC political scene revealed some big changes at the top of ts leadership team.
The BC Conservative Party today announced that back on August 20th they launched a wee bit of a palace coup and installed a new board and handed their leader his walking papers.
The apparently top secret provincial political party (how else could they fly so low beyond the province's political radar) found time to tentatively put up their hand and say hey, look here please as they cleaned house.
Out on the political EI lines is Wilf Hanni, joining the Gordon Wilson leaders club for men, that special place where usurped political leaders gather together to console themselves over the unkind fate of politics.
Hanni actually is a two time member, he previously was relieved of his duties as the leader of the BC Reform party which fell apart about ten years ago due to internal conflicts.
Fortunately for Mr. Hanni the political season is set to warm up with a Federal election coming our way shortly they say and BC's trek to the municipal voting halls in November, if ever a politician is to bounce back from disappointment surely this will be the season!
Even better for him, while he is surely gone, his political philosophy will still go on, for some inexplicable reason, the party having tossed him over the side continues to feature his welcoming page on their website... sharing the vision if not the seer until somebody updates the site we guess..
B.C. Conservative Party fires leader
Article
Comments (13)
The Canadian Press
September 4, 2008 at 7:20 PM EDT
CRANBROOK, B.C. — The B.C. Conservative party has fired its leader and expelled him from the party.
Party president Alan Clarke says a new 20-member board was installed on Aug. 20, at which time Wilf Hanni was removed as leader.
The board cited several concerns, including posting of party materials on an unauthorized website and issues with record keeping.
Just last week, the party announced that Mr. Hanni would run in a provincial by-election expected later this year. It's not clear who will run now.
Mr. Hanni is also the former leader of the B.C. Reform Party which disintegrated due to infighting a decade ago.
It's not the first time internal conflict has dogged the B.C. Conservative party, which is not affiliated with the federal Conservatives and has no seats in the provincial legislature.
Most recently, former director Miles Lehn threatened to take the party to court after he and a group of new members were blocked from entering a party meeting in June. Police were called after the clash devolved into “pushing and shoving.”
In 2004, an attempt to merge with the Unity Party failed after a meeting erupted in name-calling and accusations of lying.
Posted by . at 9:20 pm