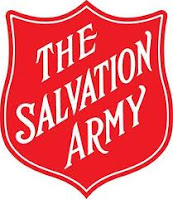 There are many indicators when it comes to examining the troubles of Prince Rupert's economy, from double digit Unemployment numbers and growing welfare case files to the ongoing vision of boarded up store fronts along the city's Third Avenue shopping area.

But perhaps the most visual impression of just how bad things  are at the moment can be found at the Salvation Army.  Where the numbers of those making use of the city's food bank and its soup kitchen are growing larger, well before the traditionally busy period of Christmas.

In interview with CFTK News, Captain Gary Shiels outlined that thus far in 2010 over 1800 Rupertites have made use of the Salvation Army's food bank services, putting them on track  to having 3000 families using the service by years end. By comparison, last year the final number was tabulated at 1800 users for the entire year.

And while Captain Gary Sheils says that it's not the worst time the community has seen in recent history, that apparently was seven years ago, the growing numbers of those relying on their services is on a pace to equal those numbers of 2003.

With the current fishing season another one of disappointment and declining work hours for both fishermen and plant workers, this fall could very well be a very strong test for the services of the Salvation Army.

CFTK's Sahar Nassimdoost offered up some of the background on the situation at the Salvation Army, with an article posted to the TV stations website as well as this video report.